Muha-Nad has experimented with Butoh and contemporary dance, and further developed his dance practice through his own research. He has participated in many works as a dancer and choreographer. His first performance as a dancer and choreographer in "The Last Breath" took multiple prizes including Best Performer and Script at the Philadelphia Youth Theatre Festival 2005 in Amman, Jordan. After The Last Breath, Muha-Nad founded the dance group Iraqi Bodies. Their first performance was "Crying of My Mother" in 2007. After the success of "Crying of My Mother", Muha-Nad and Iraqi Bodes toured throughout Europe and the Middle East, performing at festivls such as the Kalamata Dance Festival 2009, Birmingham international Dance 2010, and BIPOD Beirut International Platform of Dance. Iraqi Bodies continues to tour internationally. Muha-Nad’s dance performance "Mourning" premiered in December 2009 with the International Dance Theatre company at the Dancing On the Edge festival in Amsterdam in and toured around Holland and Europe.

Inner Body Sound is an inquiry into choreography and a way of performing dance that suggests a specific approach to the nature of representation. The research aims to invent a new method of developing and performing dance by creating a system of movement lead by emotion(s) and imagination that enables the performer’s body to express dance freely. This approach wants to challenge traditional methods of choreography by attempting to construct compositions that can breathe on their own. By making space for change during the performative moment, the performer is challenged to find the exclusivity of each movement in every specific moment. The objective is to create a malleable, living structure that allows for transformation of the movement taking place according to different states, conceptions, and transformations of consciousness (or unconsciousness) that occur in the dancer while performing. 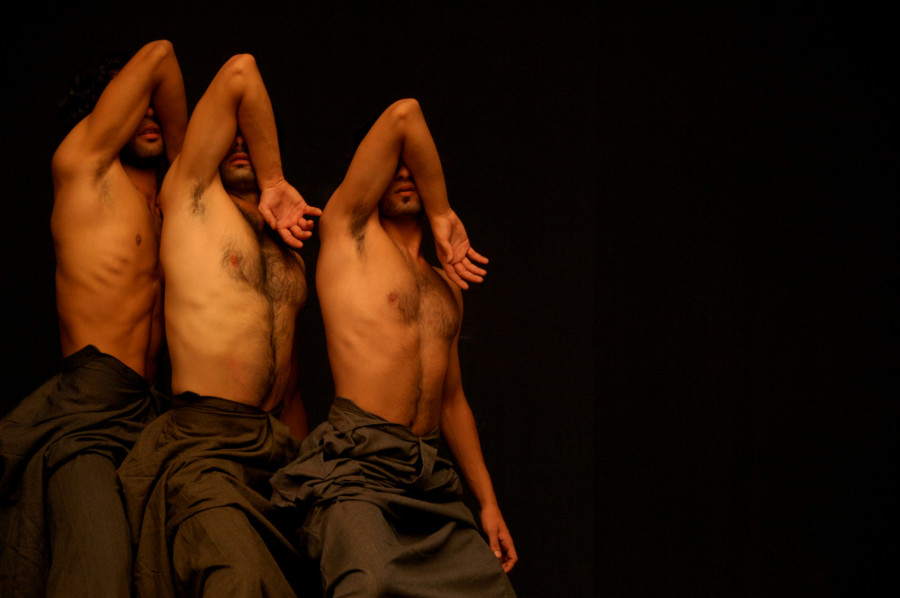